It’s Father’s Day in the UK this Sunday so I wanted to make a present with Cherry.

Tiger and Cherry’s Dad is obsessed with cars.

He grew up in a village and was taught to drive by a farmer in a field when he was like three or something, okay maybe not three but pretty young.

He used to work as a mechanic, now he makes roll cages as well as building old cars to drift in his spare time. He works with cars and his hobby involves cars so when we were trying to think of something to make him for Father’s Day it was pretty much always going to involve cars!

Here’s what we came up with…

A car made out of ice-lolly sticks and pipe cleaners.

If you are looking for Fathers Day Gift Ideas then this is a perfect thing to make for a car lover.

It really was so simple to make. I laid all the ice-lolly sticks into position, some of them I had to snap in half or into four pieces then I used my glue gun to stick them together. I made sure I used covered any snapped ends with the curved ends. 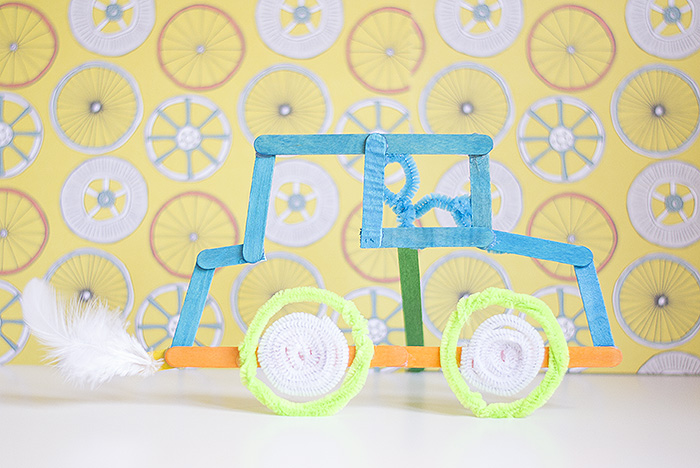 I made a little man out of a pipe cleaner and bent up the other ends to make it look like he is holding onto a steering wheel. I attached this using my glue gun. 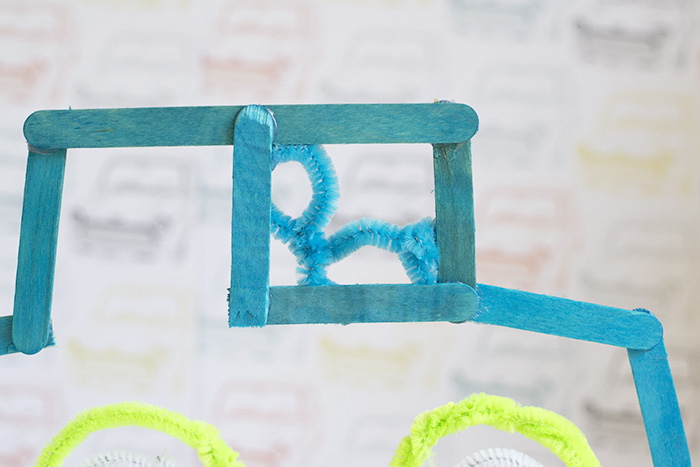 Then I used four more pipe cleaners to make the wheels. I also used my glue gun to stick these on. 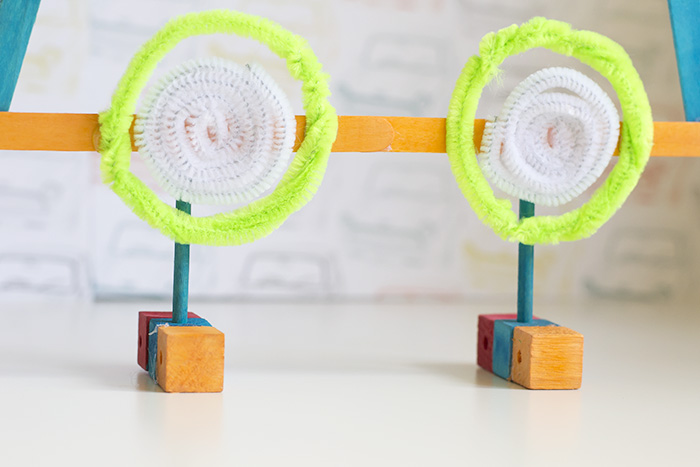 I used a feather for the smoke coming out of the exhaust. 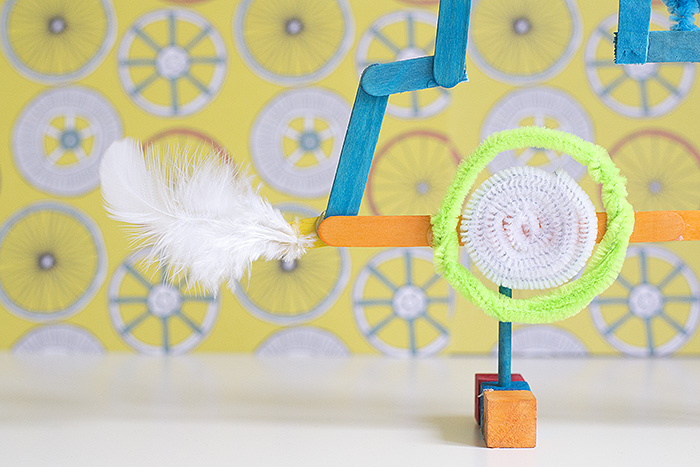 Then I made a stand for it. I found these sticks and cubes in The Works, marked as a construction set for only 99p but if you don’t have one near you then I’m sure other shops sell something similar. You could use more ice-lolly sticks and glue them in-between two small pieces of wood.

You could also try making bikes or football players, you can adapt it for whatever hobby the fathers in your life are into. 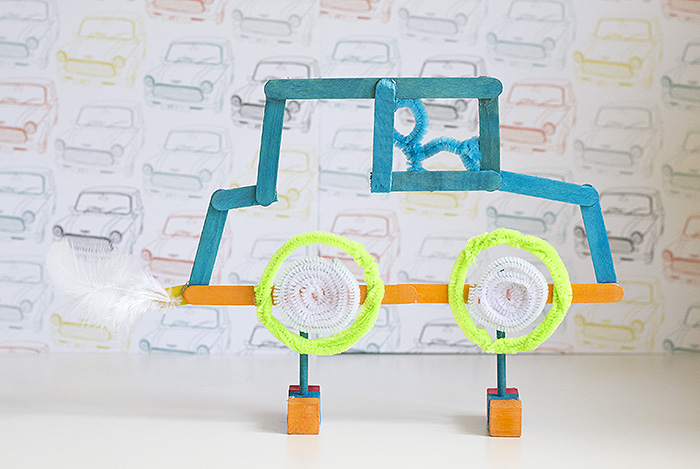 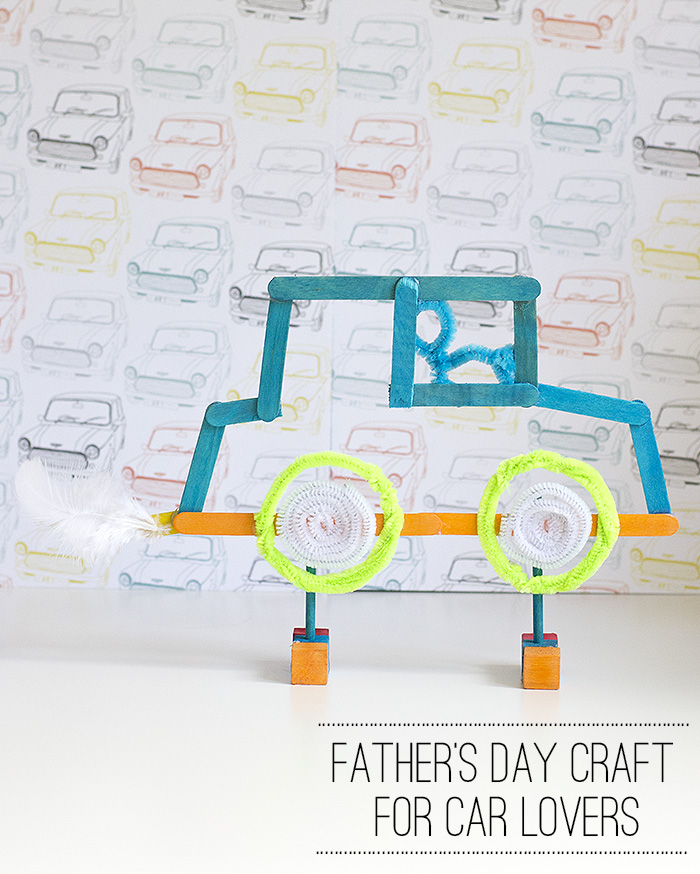 How To Make Tassel Decorations