This Elsa costume is really easy to make and involves no sewing! 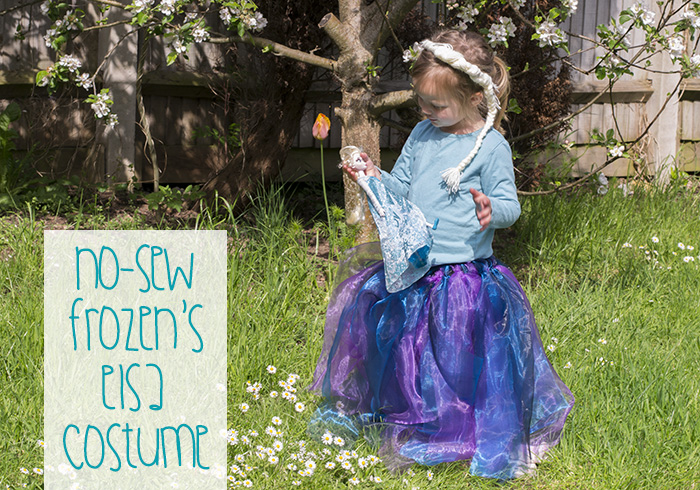 Cherry is absolutely obsessed with Frozen.

She’s only been answering to Elsa for weeks and knows all the moves to the ‘Let It Go’ routine, well to be honest I do too as I’ve had to do it with her so many times!

As any mum of a Elsa fan will know, trying to find a Elsa costume is not easy so I decided to make her one instead, I say costume because it’s not actually a dress, just a top and skirt.

We had the top already, it’s just a blue long-sleeved one.

For the skirt I used an elastic band, it’s one that I used for a different project. I had measured it around my little girl’s waist and sewn it together (sorry it’s the only bit that involved sewing!).

Then you need your material. I would recommend using tulle as it doesn’t fray but I used this as I liked the shine it had to it. 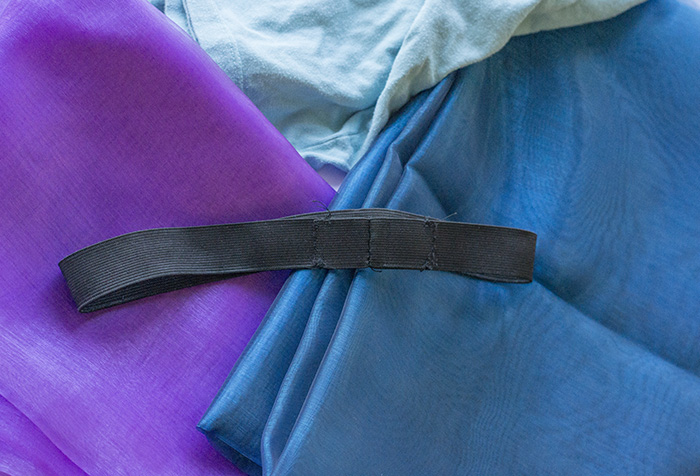 I cut the material into strips about three inches wide then tied them onto the band. 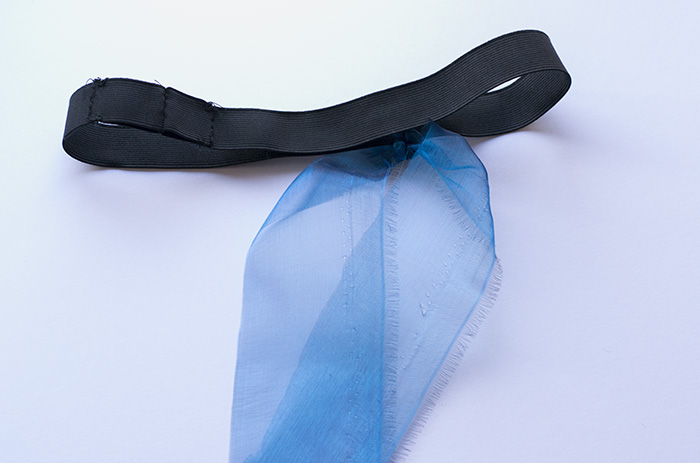 I tied them in the middle so there were two equal length parts coming down.

I also tied them so the knot was at the bottom, otherwise it might dig in and be uncomfortable. 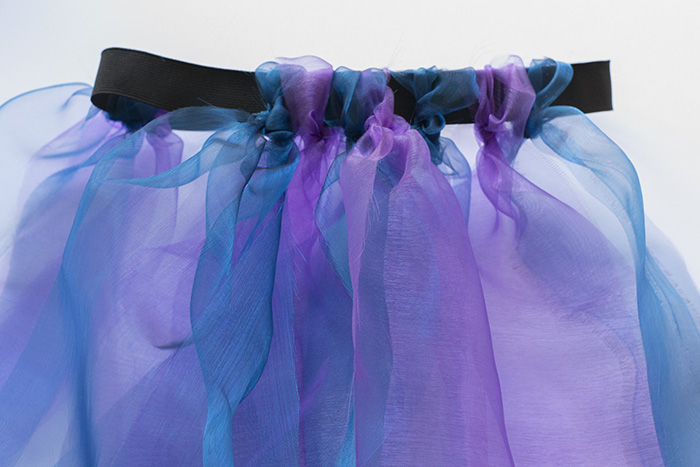 When I finished I let Cherry put it on and trimmed the bottoms to make it the right length.

This Elsa costume was really easy to make and didn’t take too long either.

I made the hair band too, you can find it here. 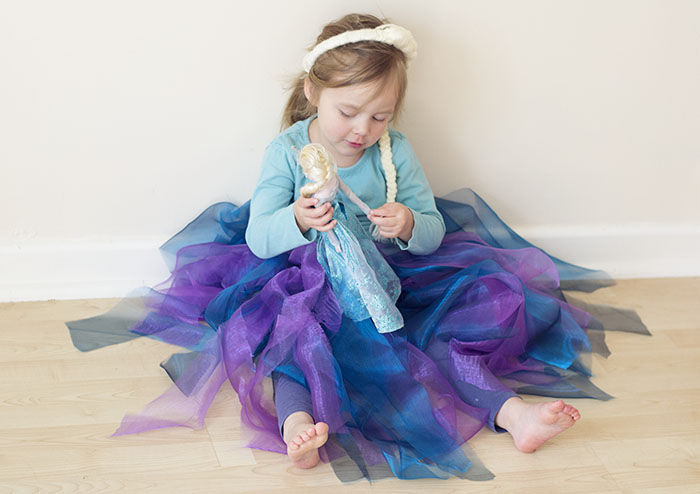 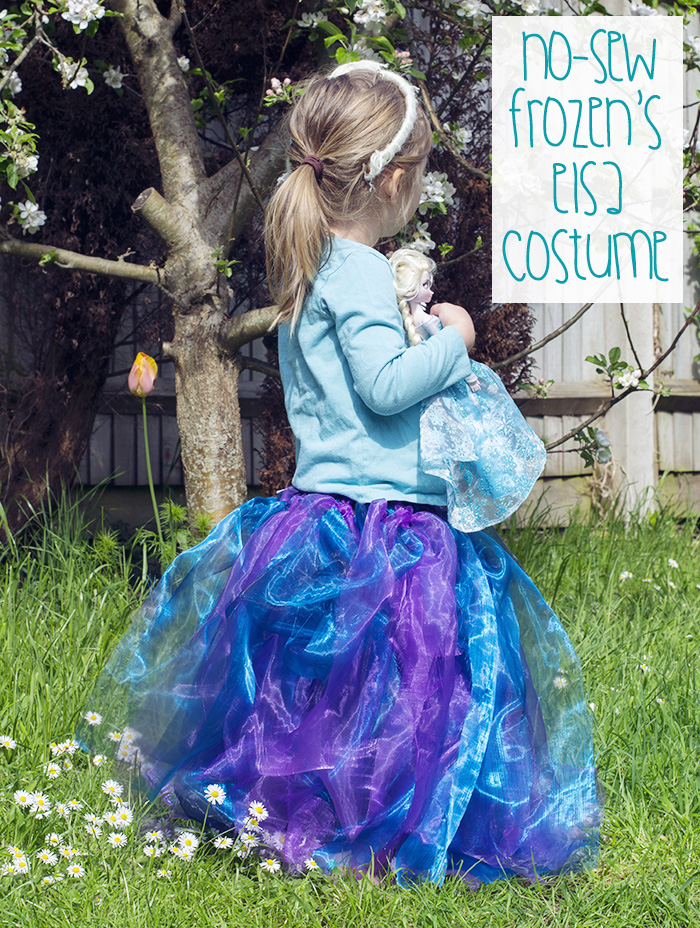