We love jewelry crafts in our house, Cherry is really girly and loves wearing necklaces so I decided to make her these foam lockets. They are really simple to make.

We started making the lockets out of card but then decided to use foam instead, you could use either though and the benefit of card is that they can be painted.

We started by cutting two shapes out of the foam, then used a hole punch to make a hole on each side. 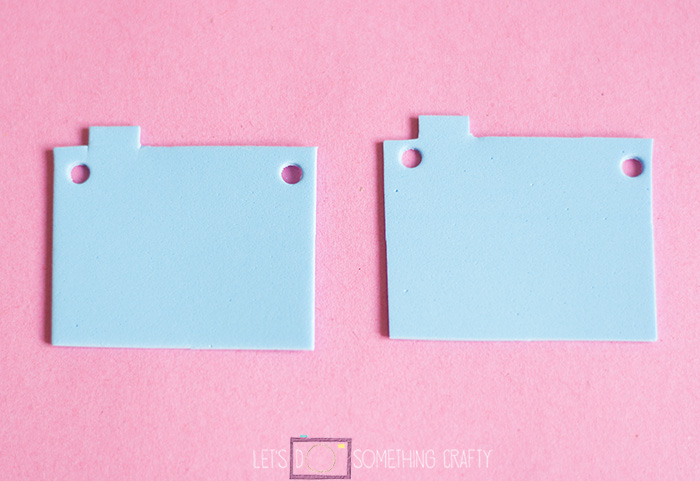 Then I cut a piece of string and looped each piece around the foam shapes to hold them together. 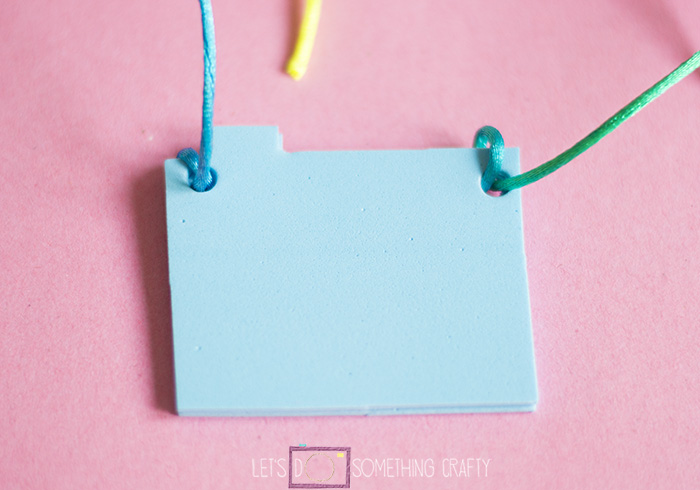 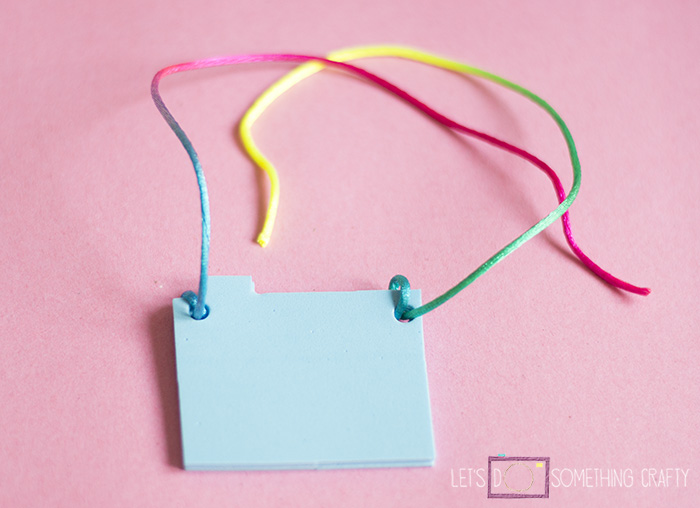 Then we stuck some foam on for the flash and the camera lens, on the heart ones we cut out a smaller heart and stuck that on. 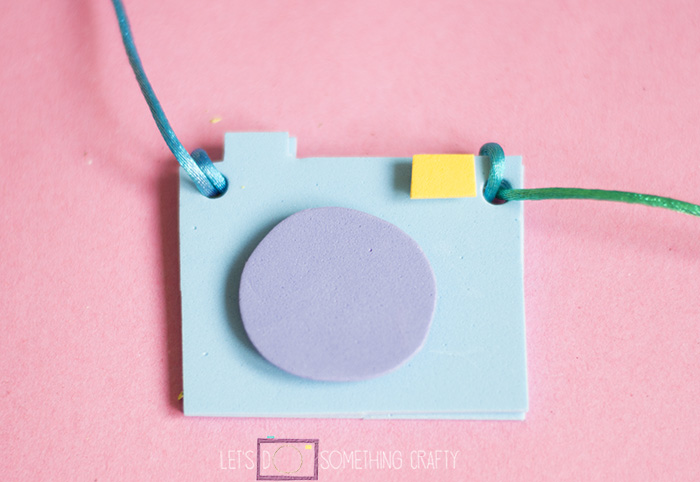 On the inside I used some of those sticky velcro circles to hold the two shapes together. 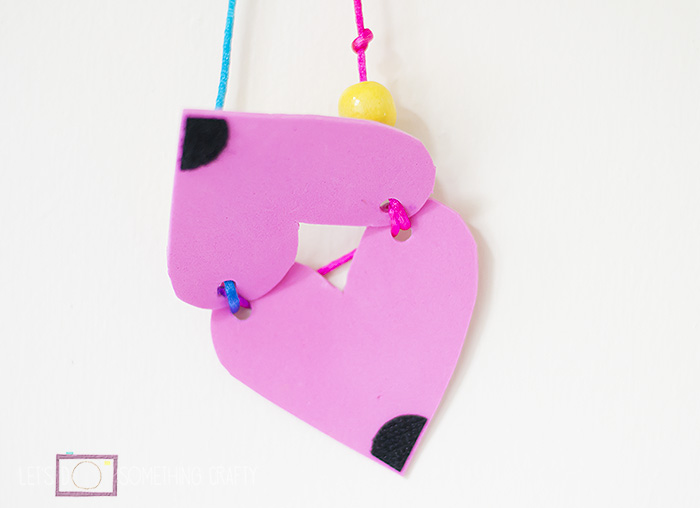 Then I asked Cherry who she would like to stick a photo of on the inside and she said her daddy, we won’t show that part though, we had to use his passport photo which he probably doesn’t want on the internet as passport photos are usually very flattering!

You could also cut their favorite TV show characters out of magazines and stick those in. 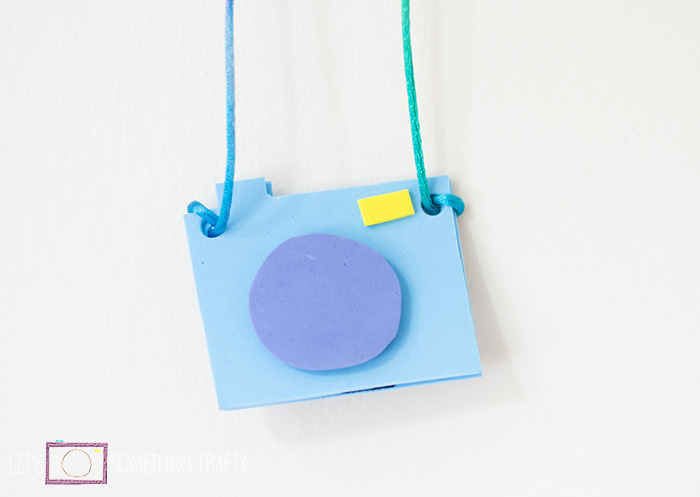 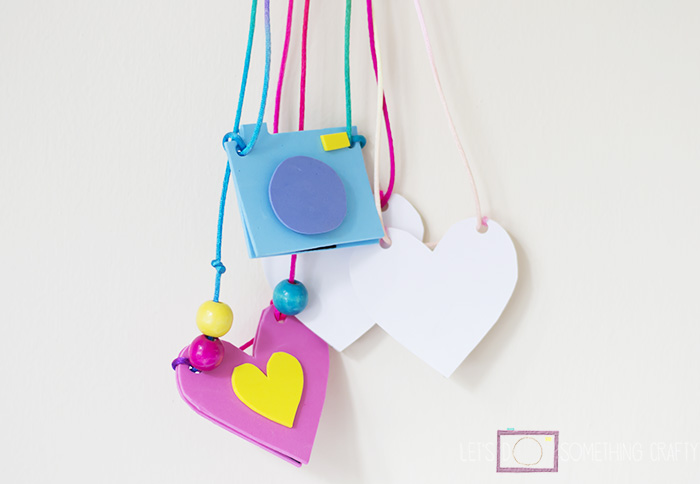 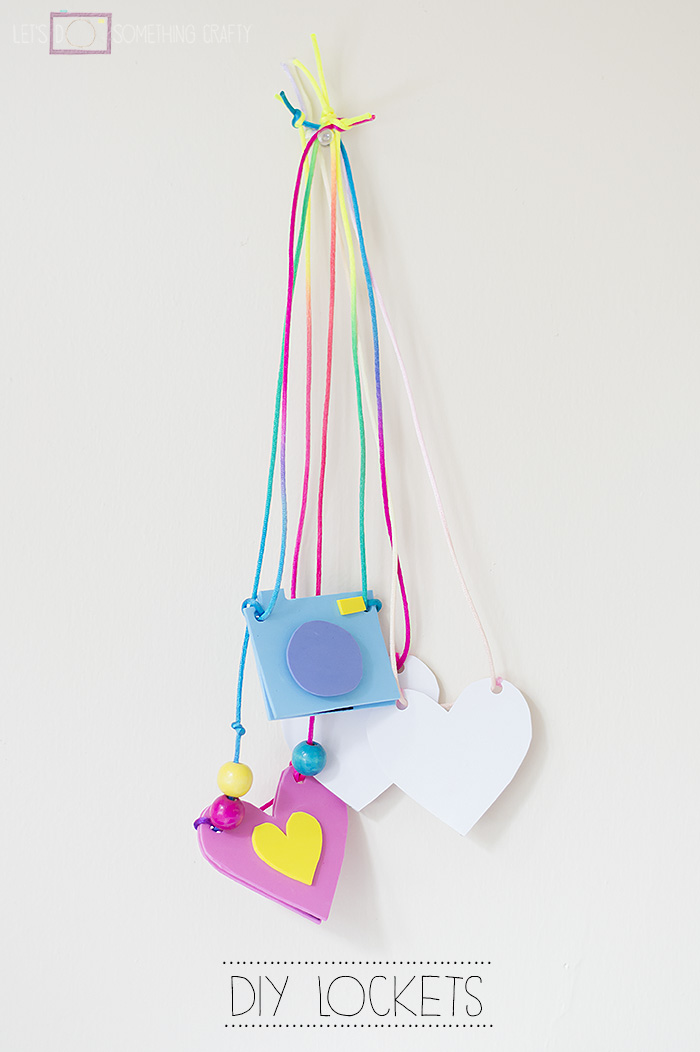 How To Make A Felt Watermelon Necklace