Last weekend we made some heads out of air drying clay, weirdly I had woken up in the middle of the night and had this idea to stick spaghetti in the top of a clay doll head to make the hair so I was desperate to try it out!

The inspiration behind this was the doll’s head from Toy Story, the one that the boy who wrecked toys had turned into some kind of metal spider.

I started by rolling the clay into a big ball then using my finger I made two holes for the eyes and stuck on a little nose which I then moulded into shape and stuck two holes in the bottom as well as making a little cut for the mouth. I added the ears on and smoothed them into place then made a little ball to add in for one of the eyes.

TOP TOP: When working with air drying clay I like to use a wipe, it’s smooth and gets rid of any lines and as the clay starts drying out quite quickly it adds a bit of moisture back making it easier to work with.

When we had finished moulding the heads we put them in the airing cupboard to dry out, obviously given the fact they were solid balls it did take a good few days. Also we found that during the process the spaghetti got a bit bendy as it soaked up the water but it does dry out again and go hard. I think we left them for about 5 days. A few bits of spaghetti did snap off but that worked out fine, it made it look a bit more authentic. 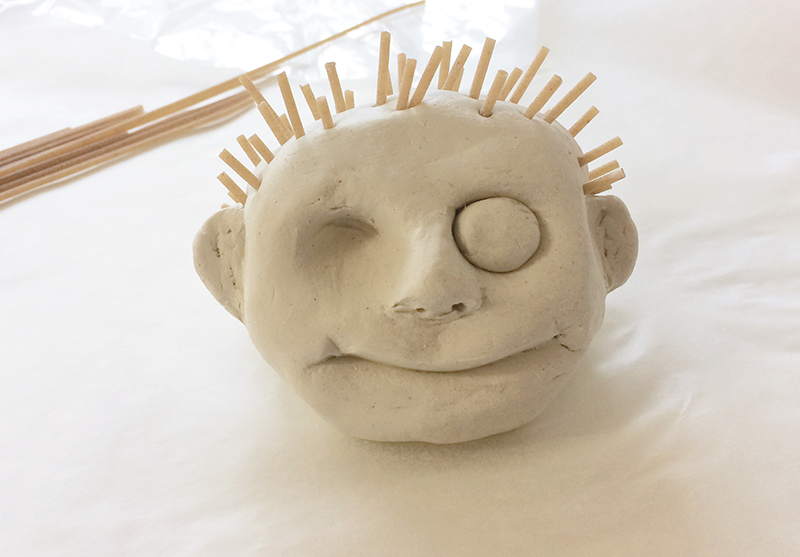 When they were dry we started painting them, I put a layer of Mod Podge on first to seal them, this just means they don’t absorb any moisture from the paint. 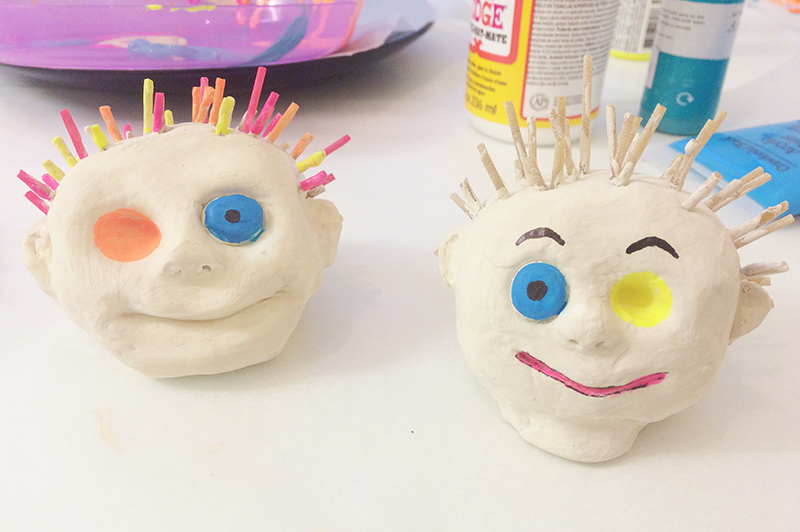 I painted them all over with a sand colored paint, then did the eye sockets, eye balls, mouth and spaghetti ‘hair’ before splatting them with paint. Here is the end result… 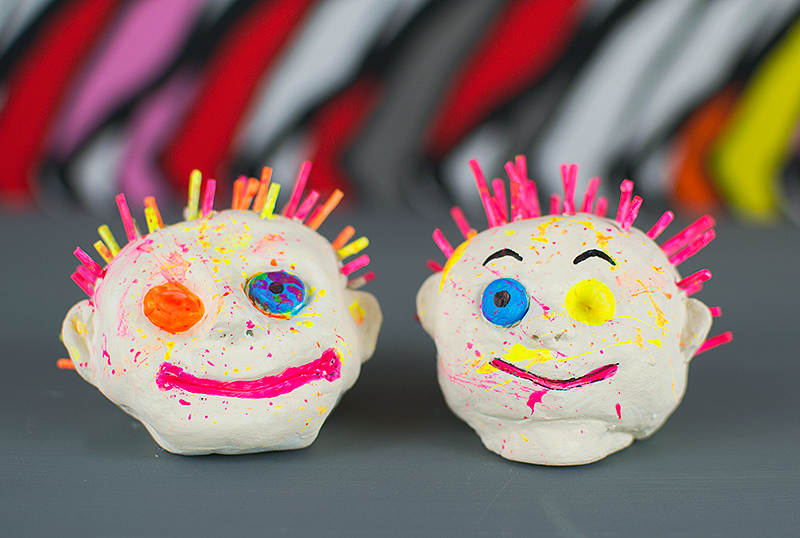 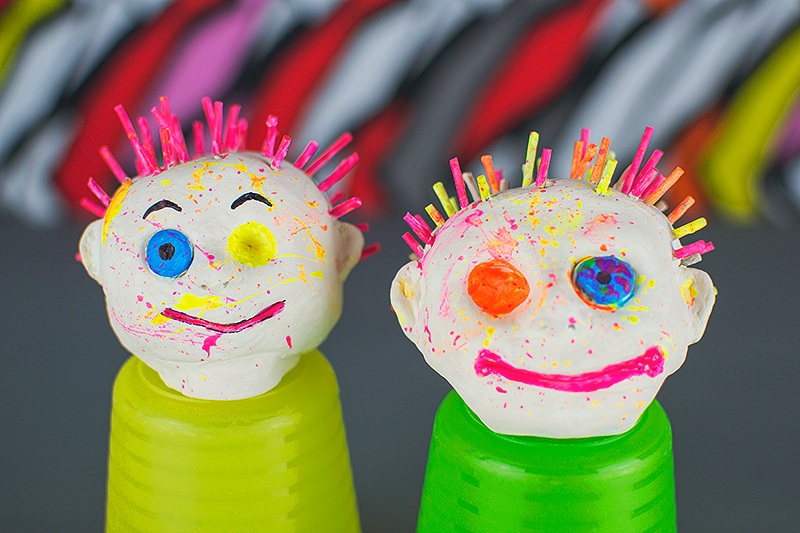 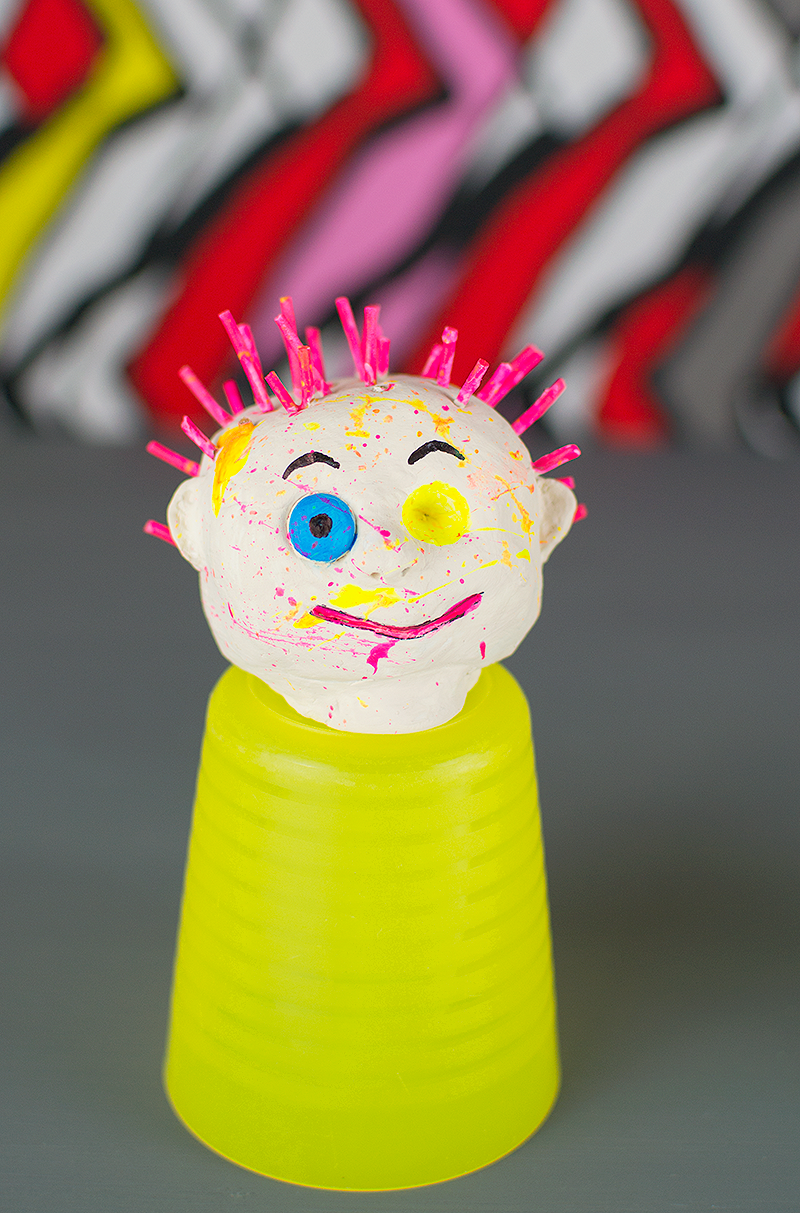 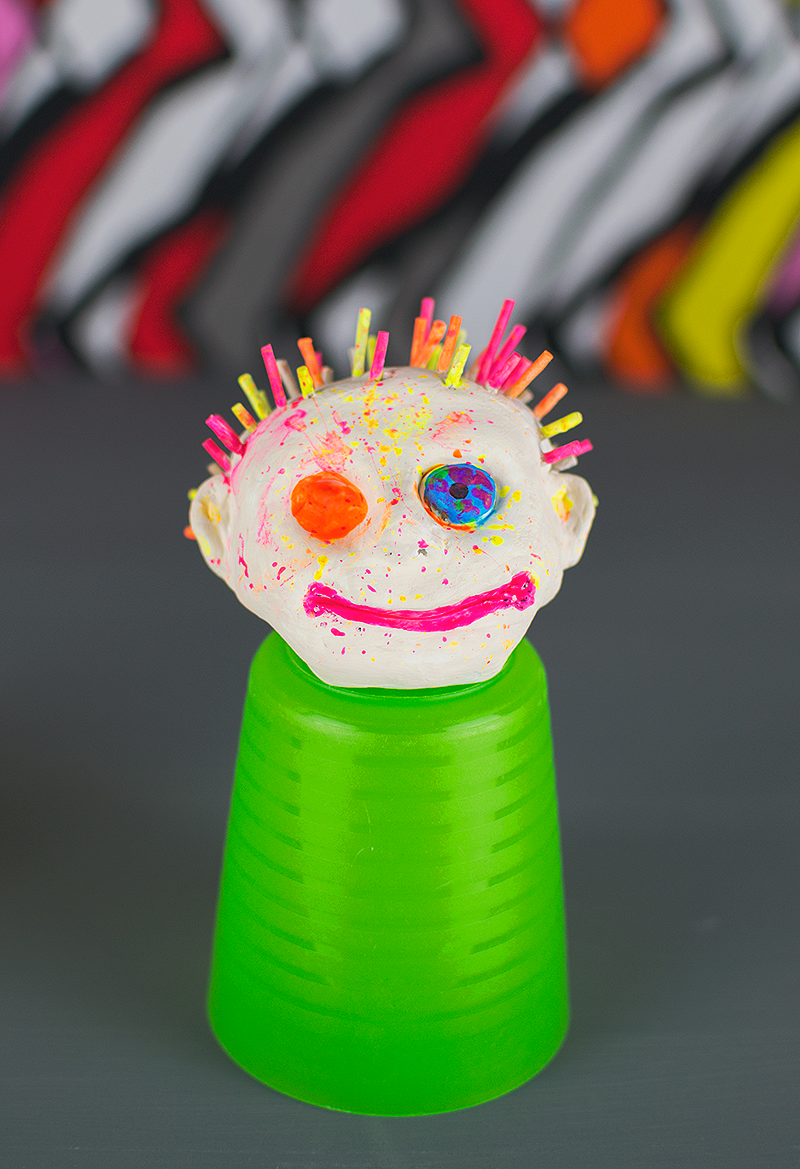 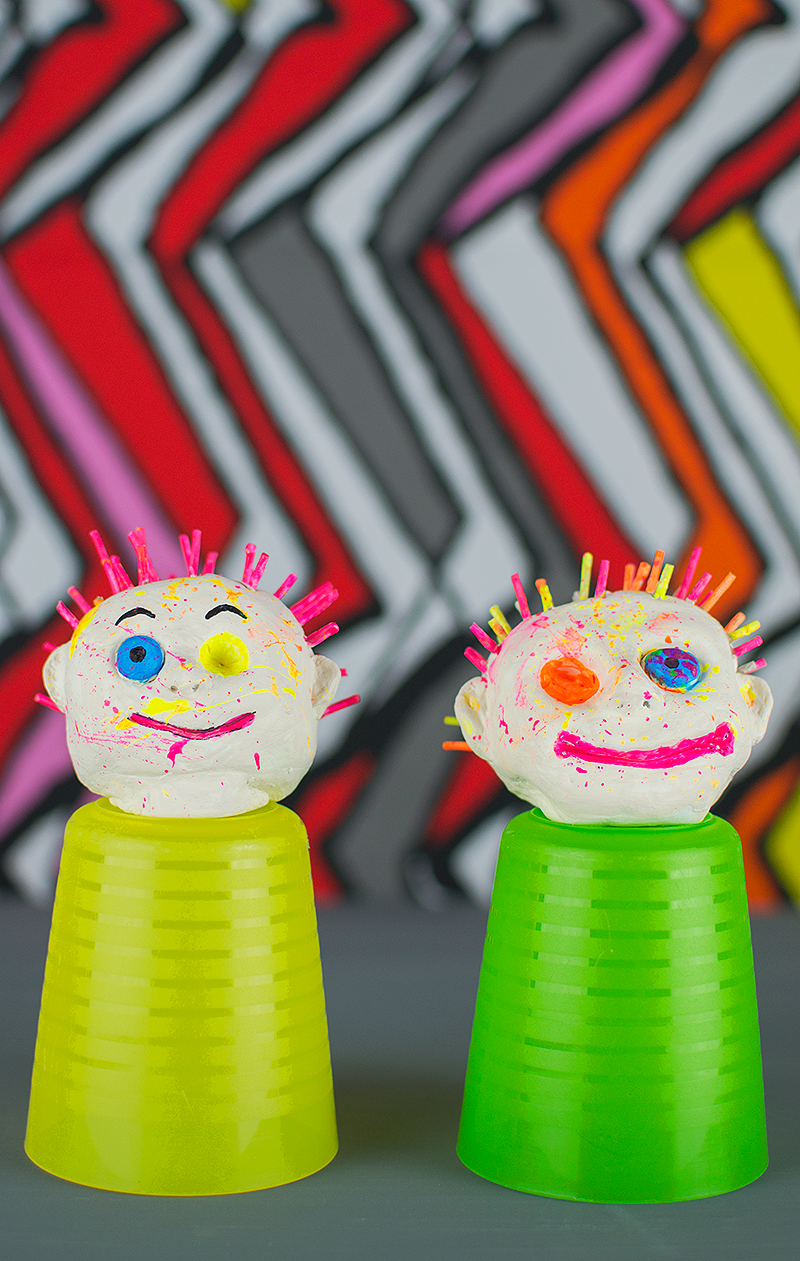 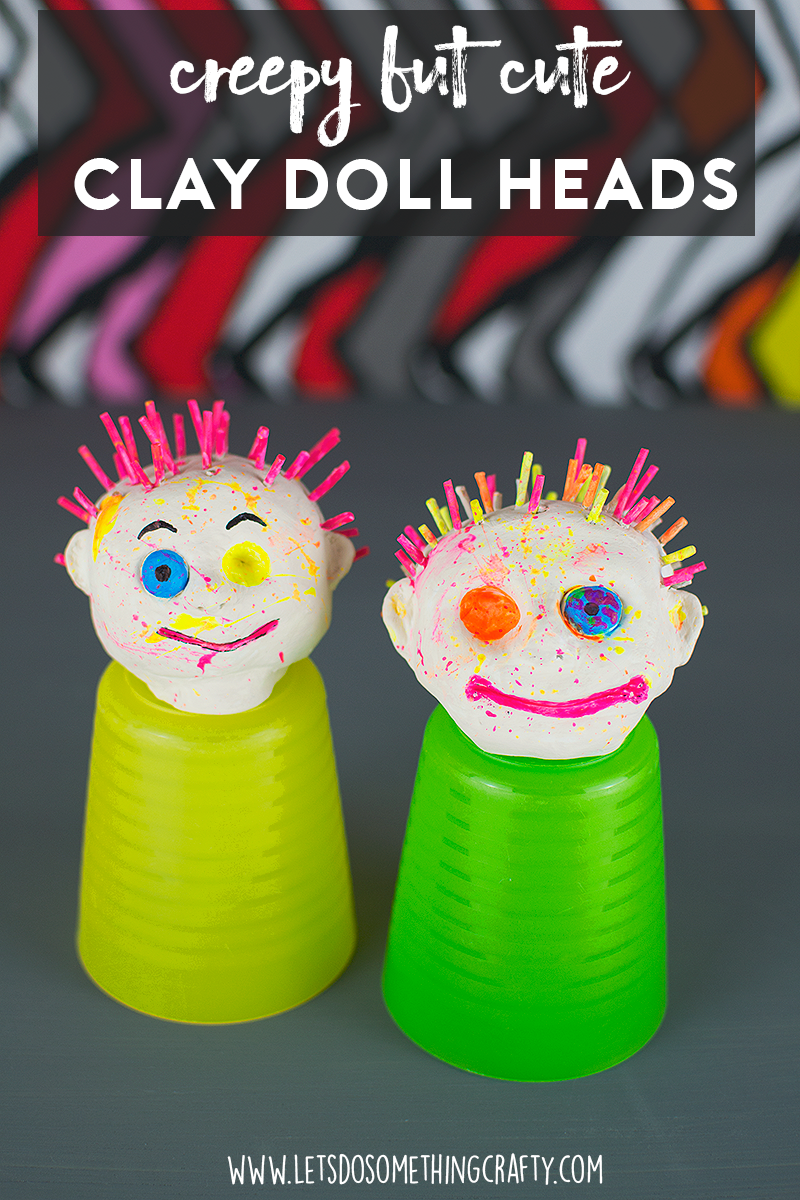 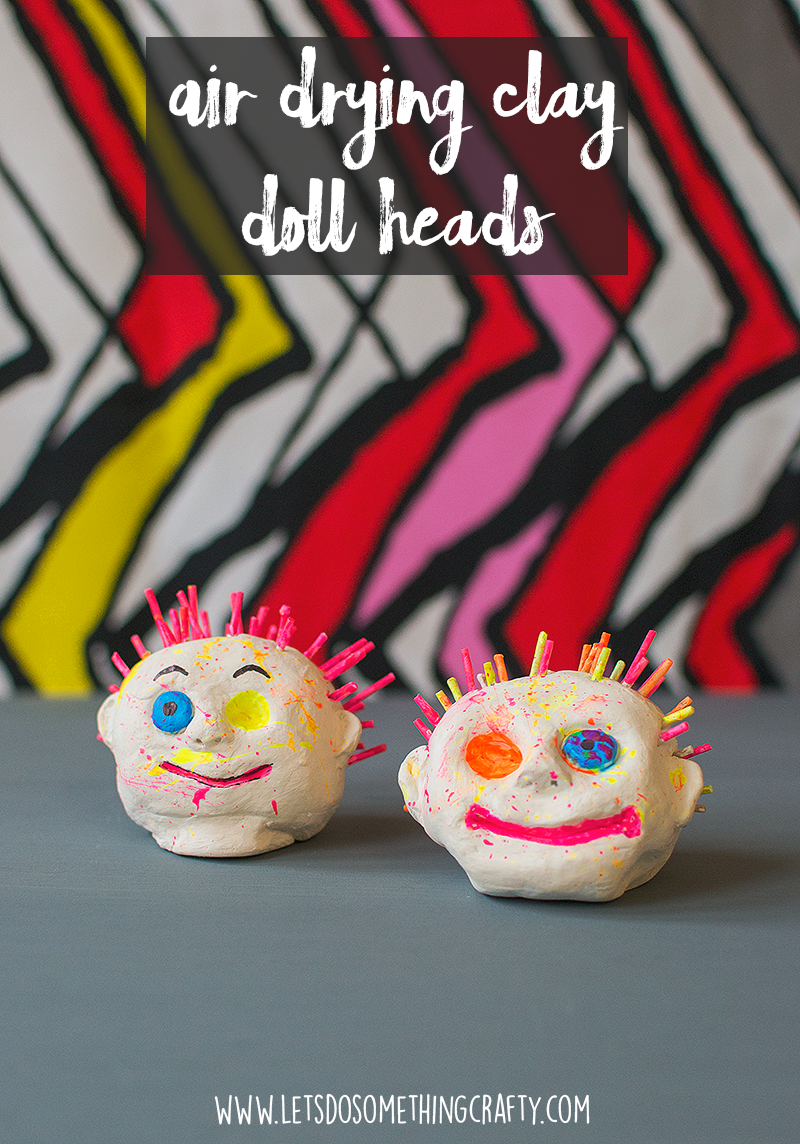 Homemade Christmas Gift Ideas: How To Make Your Own Tea Bags

When You Accidentally Make The Scariest Halloween Masks...