Telling The Time With A Cardboard DIY Clock

A DIY clock is a great way for kids to practice telling the time. Cherry has become really interested in clocks lately and is always asking me what time it is.

We always have loads of cardboard lying around, it’s one of my favorite things to craft with and these clocks were made from an old box. You can’t really see in the photos but they are pretty large, the diameter measuring at about 40cms.

They aren’t perfect circles either because I didn’t have anything large enough to draw around so I just cut off the corners of the square and hoped for the best, that’s generally the way I do most things but if you like things to be a bit more precise then drawing around a big circle would be a good way to go!

To make a DIY clock you will need:

We made two because Cherry wanted her and Tiger to both have one so after cutting out the two circles I glued some patterned tissue paper to the front using Mod Podge. I found the patterned tissue paper in Paperchase (UK readers), they had some fab designs and at £1.75 for a pack with three large sheets in it works out much cheaper than decopatch paper.

Whilst letting the circles dry I cut some numbers out of felt. I drew around some wooden numbers onto cardboard to make a template then just held it on to a piece of felt and cut around the outside. 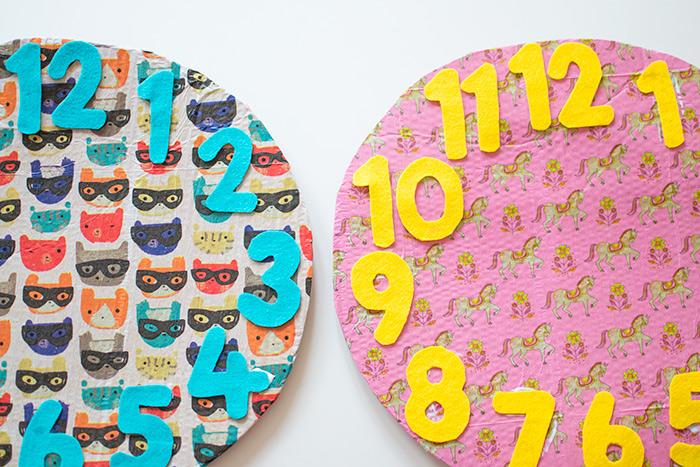 Then I glued the numbers on, initially I was going to use my glue gun but it was out of sticks so I found some superglue in the drawer but then that ran out too so I ended up sticking all the ends down with Mod Podge.  I must stock up on glue!

Then the last thing to do is make the hands. I measured some cardboard along the space between the numbers to determine how long to make the large one then made a smaller one too. With my craft knife I made a hole in them both and in the middle of the clock and used a split pin to hold them in place. 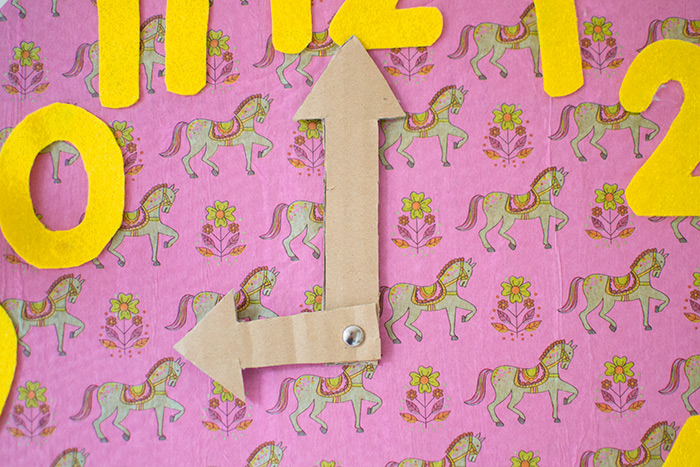 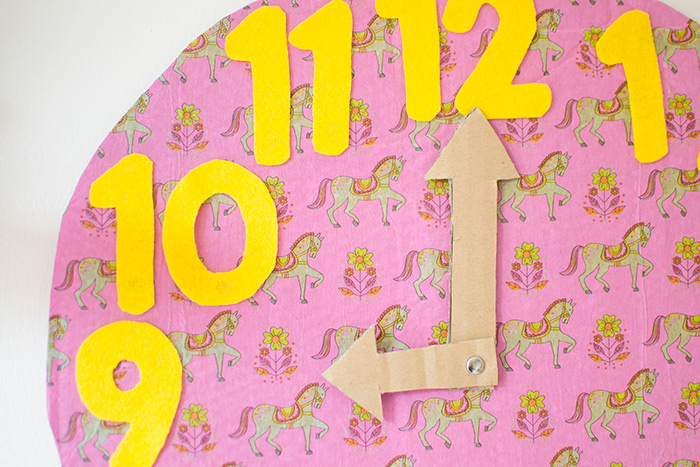 And that’s it. A finished clock, perfect for telling the time games and activities. 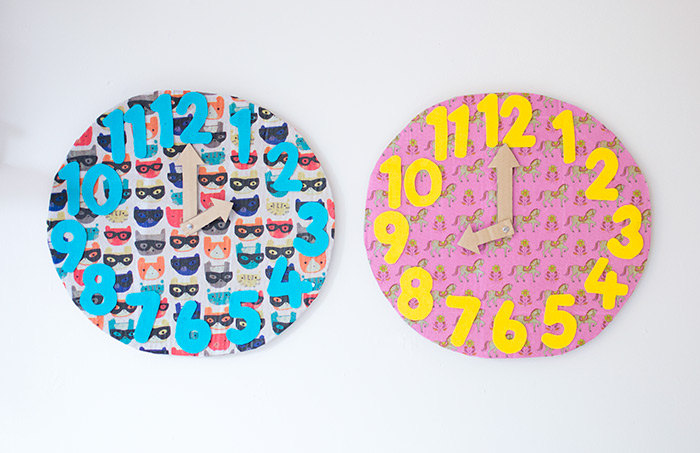 The great thing about making your own is that you can choose any colors you like. 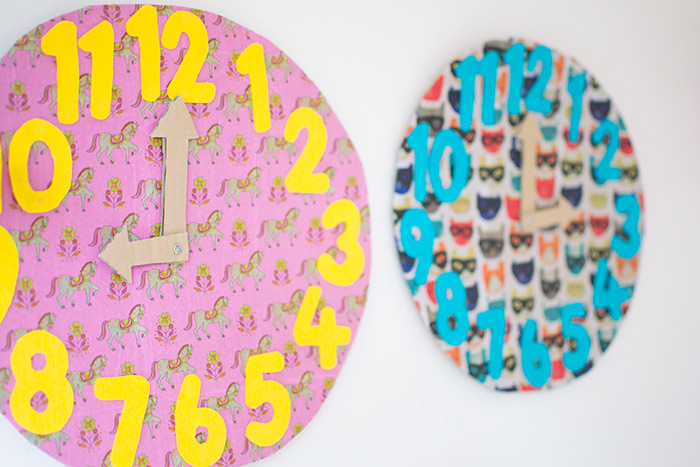 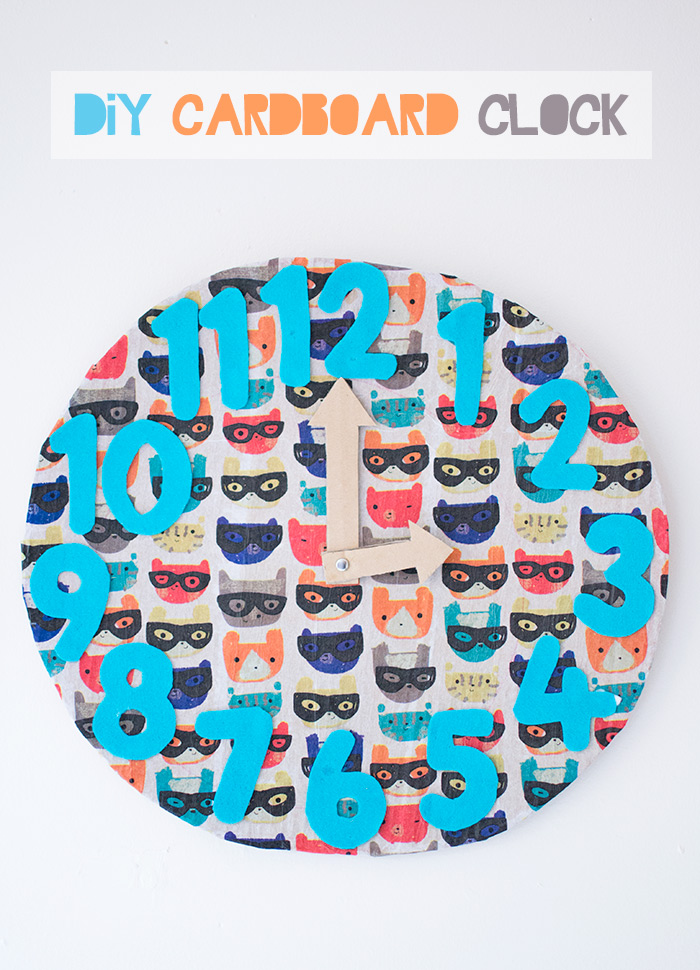 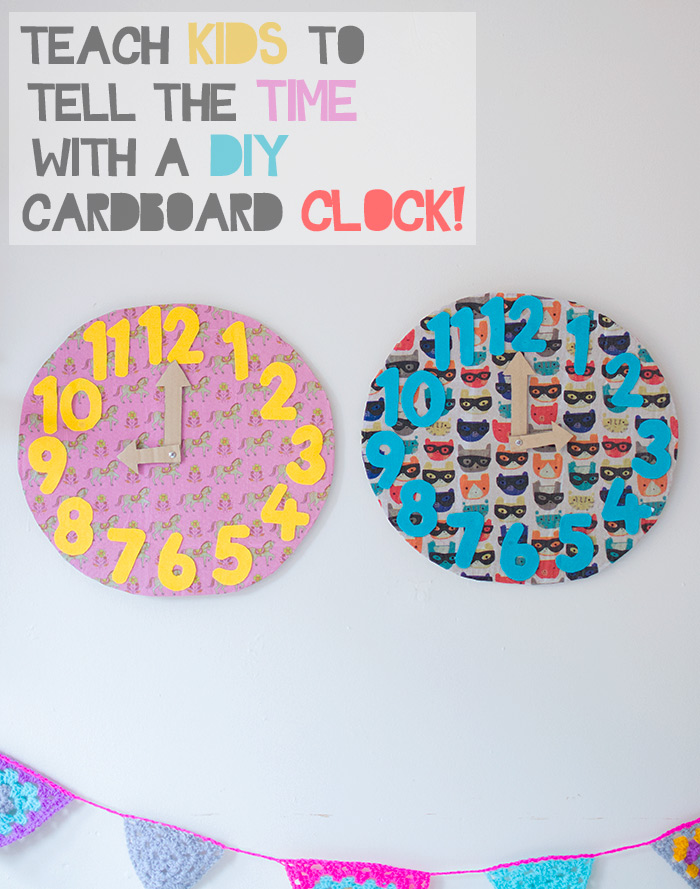 They make telling the time much more fun!