It’s been SO long since I posted on here, the house move and all that needed doing afterwards stopped me from being able to think about anything creative for a while but luckily we are a lot more settled now and even have a new space outside for crafting so I’m looking forward to posting more regularly again, especially as Halloween is coming up and I love nothing more than crafting at Halloween.

This crochet project is one that I’ve been working on in the evenings for the last few weeks. It’s made using Wool and the Gang’s Billie Jean Yarn ( in raw denim) and Shiny Happy Cotton ( in hot pink, yellow brick road and magic mint) and the mandala patterns are from a book I recently bought called ‘Mandalas to Crochet’.

The book is great, so many mandala patterns and all really easy to follow.

I used 4 different patterns for the blind and made it up of 9 mandalas, all in different sizes. 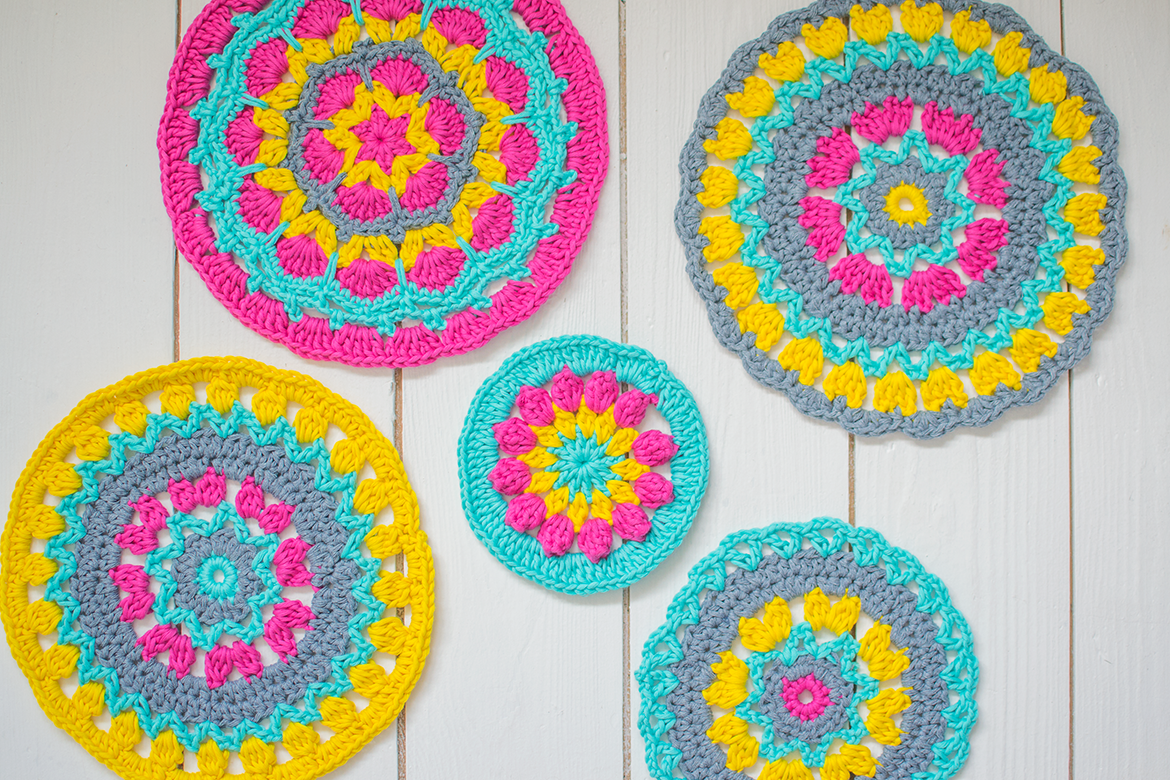 Once I had finished making them I measured the window and laid them out in a way that would fit. Then I joined the top three onto a long piece of wood, I found it in my local DIY store for less than a pound.

Once the top 3 were attached I turned it over and joined on all the other mandalas, making sure they were also facing the wrong way.  This just meant I could weave in all the ends at the back.

To hang it up I screwed a couple of hooks into the wall on either side of the window then just sat the wood on them. Apologies for the photos, they didn’t come out as well as I wanted them too, turns out it’s really hard to take a photo of something hanging in a window! Obviously the light shining in means everything in front is in a shadow whilst the window itself is super bright! You can get an idea of how it turned out though. I only wanted it to be midway down my window as i’s more for decoration than for privacy but if you wanted to then you could keep adding more on to make it the full length of the window.

Oh and ignore the ‘tastes like bogeys’ on the light box, it’s what my little boy says every time he tries something I’ve cooked so it’s become a catch phrase in our house! 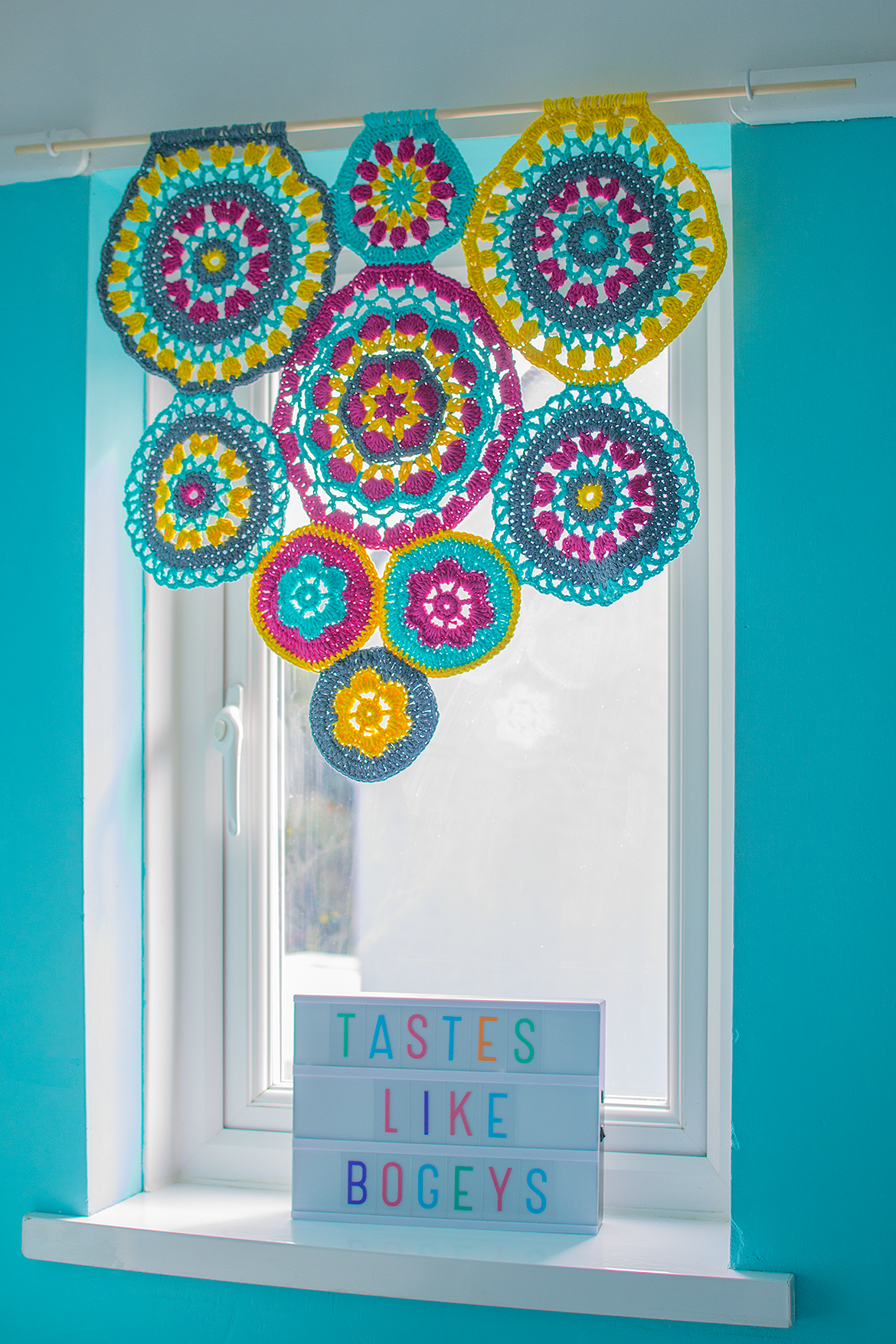 Thanks to Wool and the Gang for sending me the yarn, it was a dream to work with and it comes in so many great shades. I would definitely recommend taking a look, you can find it all here along with patterns and hooks etc.