Making this craft was just a little bit of fun, it was originally going to be something else but it didn’t work out so it somehow ended up being a handmade cage for a pom pom bird.

The pom pom bird was made using Maggy from Red Ted Art’s tutorial then I added some feet made from pipe cleaners.

I made the frame for the bird cage using bendy wire with straws over the top, it was this frame that I was going to use for a some kind of lampshade but it wasn’t big enough, hence the change in plan! I tied lots of tulle off cuts around the cage to make it really bright and colourful then hung the pom pom chick from the top of the cage. 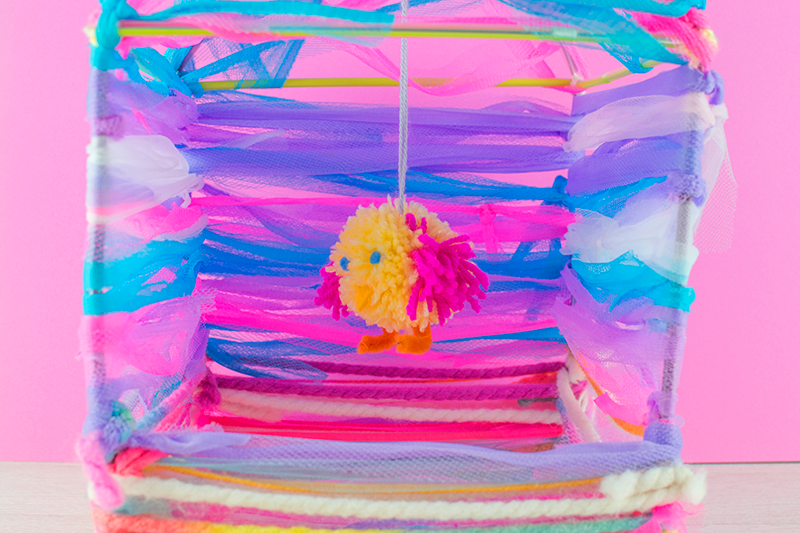 How To Make Slime – So Quick And Easy

How To Make A Tutu – So Quick And Easy

Types Of Yarn: Which Is Best For Your...

How To Make A DIY Tassel Garland –...